Fantastic Beasts: The Crimes of Grindelwald review (ENG) – dumbledrama much?

The world of Harry Potter keeps expanding. Or the Wizarding World that is. Or both actually, because in Fantastic Beasts: The Crimes of Grindelwald, we’re getting closer to the home of the boy wizard. By returning to the European mainland and getting a clearer view on what the films are building to, the level of storytelling ramps up in this second wizarding franchise. Unfortunately, I can’t say much about that story without venturing into spoiler territory, hence this vague but hopefully teasing review.

Not everyone agreed on Fantastic Beasts, even among Potterheads there were differences. Some thought the film to be a fun addition to the world, but nothing more. Others found it rather boring. I was a fan from the off, even though I don’t automatically embrace everything J.K. Rowling comes up with (The Cursed Child, cough cough.) My enthusiasm has a lot to do with the main character Newt Scamander (Eddie Redmayne). Yes, like Harry Potter, he is a white, cis, straight male who was pushed reluctantly into a certain role. But Newt is an introvert, and we don’t see enough of them as the central hero. Neville Longbottom would be proud.

Our favourite magizoologist is still at the center inThe Crimes of Grindelwald. After the events of the first film, Newt returns to Britain to finish his book. He had promised Tina (Katherine Waterston) to bring her a copy in person, but those plans were abandoned for a good reason: Newt can’t travel abroad anymore after this escapades in New York. His brother and Auror Theseus (an excellently cast Callum Turner) tries to convince him to accept a deal from the Ministry that will let travel him out of the country again. Theseus’ fiancée, none other than Leta Lestrange (Zoë Kravitz), Newt’s former best friend, carefully tries to restore their bond.

She’s not the only blast from Newt’s past. Albus Dumbledore (Jude Law) recruits his former student in the fight against Grindelwald (Johnny Depp). Like he predicted in the first film, the power-hungry wizard escapes the confines of MACUSA (in an inventive but somewhat too dynamically edited sequence). He wants freedom for the Wizarding World and is looking to gather followers who share his vision. It’s difficult for Dumbledore to take action because of his history with Grindelwald, which is why he sends out Newt to stop him instead. This makes him cross paths once again with Tina, Queenie (Alison Sudol), Jacob (Dan Fogler) *and* Credence (Ezra Miller).

The synopsis of the film already showed that the focus of the story shifts from beasts with a bit of Grindelwald in the first film to Grindelwald with a bit of beasts (which still look fantastic). Most of the actors reprise their roles (a moment of silence for Colin Farrell, who unfortunately doesn’t return despite my many prayers), but the main characters from Fantastic Beasts are largely in the shadow of the characters that were more mysterious the first time around. This makes the story kick into a higher gear and, admittedly, the avalanche of information and lore from the Harry Potter-world is constant. What is Credence’s true identity, what is going on between Dumbledore and Grindelwald, how does the conflict escalate and who sides with who? All of this is tackled in two hours. It’s great for the dedicated fans, but more casual ones might feel a bit lost after seeing The Crimes of Grindelwald. Even I had trouble keeping up sometimes with all the different storylines.

After the first film was released, the casting of Johnny Depp as Grindelwald sparked some controversy. A few years ago, the actor was accused of domestic violence by his ex-wife Amber Heard. This year, he attacked a crew member of a different film. Yet, he still receives full support from J.K. Rowling so he returns as the prime dark wizard pre-Voldemort. Personally, I think his casting is a dumb move on Rowling’s part but he does do a good job as Grindelwald. His portrayal is not that different from what we’ve seen him do in the past, but it’s effective.

For this film, everyone was eager to see who would be cast as a young Albus Dumbledore, played in the Harry Potter films by Richard Harris and Michael Gambon. No easy shoes to fill but Jude Law isn’t just your average Joe. His Dumbledore still has the humour and cheekiness that life had mostly kicked out of the older Dumbledore. We see him as professor, both in the “present” of the 20s as well as when Newt was young. And let’s be honest, Law has charisma to spare. Equally remarkable is Zoë Kravitz, who does a lot with relatively little screen time. Her Leta has more depth than you would guess at first sight.

Besides the actors, most of the technical crew also return for the sequel. J.K. Rowling once again provides the script and balances the darker aspects of the growing conflict with the frivolity that sometimes goes hand in hand with the magical creatures. But the changes in tone are not as radical as in the first film. The overall atmosphere is more dire this time around. We still get some lovely moments with the characters but I hope we get as many and even more in the next films. Because a conflict doesn’t affect you much emotionally if you aren’t that invested in those involved.

Stuart Craig is once again responsible for the production design and delivers some gorgeous new sets with Newt’s house and the French Ministry of Magic in particular. He also gets to recycle some from the past (wink wink, cue the nostalgia and goosebumps). Colleen Atwood won an Oscar last year for her costume work on Fantastic Beasts, and rightly so, because I still think about those coats Newt and Graves wore. This sequel also boasts some beautiful designs. Atwood was really made for this time period. Finally, composer James Newton Howard reuses his great themes from the first film and adds some dramatics and flair to them.

The game has changed towards the end of the film and we start to realise precisely what’s what. The Crimes of Grindelwald adds some good things to the Wizarding World and makes the new franchise feel more complemetary to the original one. Some developments may not satisfy some fans, but they will be, nonetheless, interesting to explore. This could actually be called the Chamber of Secrets of the Fantastic Beasts films. The tone becomes darker and the world building shifts to an overarching story. As for me, I’m still completely on board, but this probably won’t be my favourite film of the franchise. Go and see for yourself if that is also true for you.

Fantastic Beasts: The Crimes of Grindelwald is released in Belgium on the 14th of November. 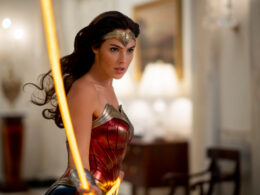 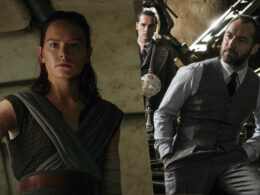 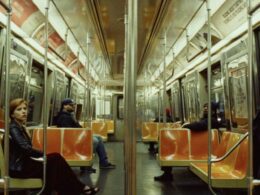