I think that Disney did not anticipate the hype surrounding Black Panther, already the 18th film in the Marvel Cinematic Universe. By now, the movie about the African superhero has built such a momentum that I cannot imagine the weight on the shoulders of director Ryan Coogler. Black Panther is supposed to be what Wonder Woman was for DC: a battering ram paving the way for positive diversity on the big screen.

Bless the reign back in Africa

After seeing the movie, I had a talk with some African Belgians about Black Panther and nowhere does it resonate as strongly as in this community. Rarely have I seen people so enthusiastic for a superhero movie, which is all due to its first movie trailer, which quickly showed the immeasurable amount of respect the movie shows to the diversity of cultures in the southern continent through its sets and costumes. When this part of the world is shown in Hollywood, it is rarely positively.

Black Panther takes Africa, adds a healthy portion of positivity, completely absorbs it and puts it in the spotlight. This movie is one long celebration of this wonderful culture. When talking about ‘the first black superhero’, people often mention Blade or Luke Cage, and although they definitely did their part, it is the acceptance of and love for the African culture that ensures that T’Challa earns this title.

The mix of references to and influence of African countries are the cornerstones of Wakanda, the kingdom of T’Challa. The country has managed to shield itself from the outside world and from colonialism as well, giving us an image of a technologically advanced African country. It is the perfect way for Marvel to show the traditions and values of this continent in a new way. However, regrettably, they have also chosen to build Africa and Wakanda entirely in CGI. Interior shots were filmed on sets, but apart from these, everything has been computer-generated. The movie’s message would have been even stronger if it had actually been filmed in parts of Africa.

Black Panther’s story is smaller in scale than the usual fare and revolves in essence around Wakanda and inheritance. T’Challa has to take over the mantle of his father, king T’Chaka. The movie starts by introducing the country and the five different tribes living in it. We are shown the history of its origin, faith and the Black Panther spirit. In the first part of the film, the characters and traditions are introduced. Some familiar faces return, such as Ulysses Klaue (Andy Serkis) and Everett K. Ross (Martin Freeman). Klaue is cooperating with this movie’s villain, Erik (Michael B. Jordan), who was given the lovely name ‘Killmonger’ as a soldier for mowing down his enemies as if in a video game. The second part of the movie lets T’Challa face Killmonger, and they – as characters in a true superhero movie are wont to do – battle it out in a cinematographically strong climax.

Without going into too much details: Erik wants to rule Wakanda and even has a pretty good reason for it. In the past, Marvel has too often introduced villains which barely have convincing motivations apart from the fact that they are ‘evil’. In this aspect, Killmonger is up there with Loki, who can also slyly count on the audience’s sympathy. Killmonger is often a one-dimensional character in the comics, but Michael B. Jordan brings a certain amount of brokenness to his part.

Black Panther uses these two characters to bring a story about closed and open communities, conflicting political ideologies and the duality of being both a monarch and a superhero.

Black Panther uses these two characters to bring a story about closed and open communities, conflicting political ideologies and the duality of being both a monarch and a superhero. I saw a lot of influence of Ta-Nehisi Coates’ Black Panther, which can only be applauded. That comic series analyses the role of Black Panther and can be recommended to any fan of this movie. However, I have some story criticism: too little is done with Freeman’s Ross.

It should be said that all characters have been exquisitely cast. Chadwick Boseman remains a very strong Black Panther and the secondary characters are brought to live admirably. Especially Danai Gurira (Michonne from The Walking Dead) as Okoye, one of Black Panther’s bodyguards, and Letitia Wright (Black Mirror), as his brilliant younger sister, shine in their parts. It is also nice to see Forest Whitaker, whose character has a ceremonial role, and Daniel Kaluuya (Get Out) lose themselves to such a large extent in their characters.

Hurry boy, it’s waiting there for you

Before I recommend you all go and see this movie on the big screen, I would like to briefly say something about the soundtrack. I was not expecting it, but the tracks by Kendrick Lamar are actually used in this movie in a nice way. The cynic in me thought this a mere marketing trick, but it makes me genuinely happy that they really have been used in the movie. Furthermore, the music is also really good, which gives you an extra reason to linger during the credits while you wait for the usual fun bonus.

Composer Ludwig Goransson (Creed) also deserves all the praise, because the orchestral music that blares during the exciting moments is also filled with African instruments. My percussion teacher will wistfully shake his head, but I unfortunately could not determine which instruments are used. Maybe I should make a pilgrimage in penitence to Africa. I’ve heard it’s a beautiful continent. 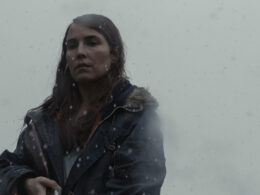 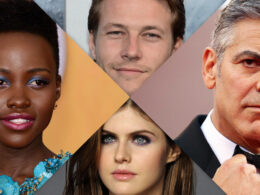 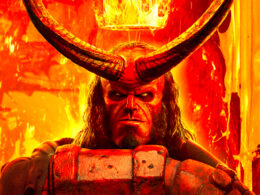