Fantastic Beasts and Where to Find Them review: we brought a zoo

Harry Potter is back in the spotlight (after never really leaving it in the first place). 2016 was quite a year for the fans. We got The Cursed Child-play, The Cursed Child-book, a Patronus quiz, and now the next film has arrived, finally. Fantastic Beasts and Where to Find Them was met with some scepticism at first, but intriguing trailers made fanboys and girls rejoice. Has it – despite the recent controversy surrounding the casting of Johnny Depp – turned out to be the film that the fans were hoping for?

Fantastic Beasts and Where to Find Them is set to be a five-part saga. However, chances are that Harry Potter himself will never appear on screen, mostly because the first film takes place in New York, in the roaring twenties. Our protagonist is Newt Scamander (Oscar winner Eddie Redmayne), a magizoologist who travels around the world in search of mostly unknown and definitely unique beasts. He puts them in an enchanted suitcase in order to study and catalogue them.

His search also takes him to New York, where relationships between wizards and No-Majs (Muggles) are as good as non-existent. Because of, among other things, the Salem Witch Trials, wizards and witches have suppressed their magic and now live in hiding. But still there are groups of No-Majs, The Second Salemers led by Mary Lou Barebone (Samantha Morton), who fear magic and its practitioners and want to see them punished. Shit really hits the fan when a couple of Newt’s beasts escape the suitcase and people get hurt. This gets him into trouble with MACUSA (The Magical Congress of the United States of America, the American Ministry of Magic) and threatens to expose the American wizarding community.

But Newt is not on his own in this unknown country. He receives help from two magical sisters,  Legilimens Queenie (Alison Sudol) and Auror Porpentina ‘Tina’ (Katherine Waterston) Goldstein, and also from Jacob Kowalski (Dan Fogler), a No-Maj who accidentally collides with Newt and can’t believe his eyes. He’ll definitely need their support, especially when there’s more going on than solely Newt’s escaped beasts… Also a part of the cast, but playing more mysterious characters, are Colin Farrell, who takes on the role of Percival Graves, an Auror who is investigating an unknown wreaking havoc in New York; Jon Voight, who plays Henry Shaw Sr., a big cheese in the No-Maj world with a would-be senator son; and Ezra Miller as Credence, who has something to do with the Second Salemers and Graves. Nice and vague, no?

Of course we won’t be spoiling the plot here, but that means that I can’t add much to the short summary above. The whole is best discovered rather than spelled out. People who have no clue about Harry Potter will, however, have some trouble understanding everything. Some knowledge is required.

There are a few references to the British wizarding community in the film, but Harry is not irreplacable as a protagonist. That is mostly to the credit of the amazing cast. Eddie Redmayne is very charming as Newt, shy and passionate about animals. It’s not all surprising that one of his descendants ends up marrying Luna Lovegood. Redmayne gives his all and clearly has fun, most evident in a scene where he tries some out-there tricks in the book to lure a beast back to him. You’ll know it when you see it.

The Americans do a fine job as well. Tina is the more serious sister of the two, but more sensitive than she appears at first. Katherine Waterston maintains that balance in a believable way. Queenie is dreamy and gorgeous, but she’s no fool and more powerful than her appearances might betray. Alison Sudol brings a clear sincerity to a character which otherwise might seem rather onedimensional. Dan Fogler’s No-Maj Kowalski brings the necessary comic relief, but shows another side as well. But the true MVPs of Fantastic Beasts are Colin Farrell and Ezra Miller. Both are perfectly cast, and your attention is drawn to them when they’re on screen.

Some fans might wonder if it’s difficult to imagine this as another part of the Wizarding World, because this story is not set in the UK, the main characters are adults, and far more beasts show up than ever before. But you needn’t worry. The first thing that gave me the feeling we were watching a new tale in the Harry Potter universe was the familiarity of David Yates’ camera works with his long shots and swooping angles. And even though he is working with a new cinematographer, Philip Rousselot, the colour palette closely resembles that of Yates’ Potter films. Scenes that require warmth, have it, but especially those in the darkness are beautifully filmed.

One of the best elements of the Harry Potter adaptations was always the production value, and that’s no different this time around. Composer James Newton Howard has made music which swells in the right moments and evokes the feeling of magic. There’s no catchy theme like in the Potter films isn’t in the cards, but might be in the future. Stuart Craig once more does the film’s production design, and it is stunning. The sets scream New York and breathe its 20s atmosphere. A pleasure to behold. Equally beautiful are the costumes by Colleen Atwood. The fact that this lady has multiple Oscars to her name will surprise no one. She definitely seems to feel at home in this era.

The visual effects by Harry Potter veteran Tim Burke as excellent as well, which isn’t always as easy with so many creatures involved. And they look amazing. Everyone who sees this film will without a doubt want a Niffler, and a Bowtruckle too if it’s possible. Other animals, such as the Murtlap, are far from cute. We see a large number of great-looking beasts, and so the film has earned its title.

But don’t be fooled: Fantastic Beasts and Where to Find Them is not simply a fun round of hide-and-seek and tag with magical creatures. The plot soon rises above that, and that’s where the film falters a bit by wanting to mesh two different tones. At one point, you have to sort out your priorities (pun intended). One or two fewer animal chases would’ve been okay with me. Aside from that, Beasts is very entertaining and a great start to the new franchise while avoiding existing solely of exposition. I’m very curious to see where this franchise will go. 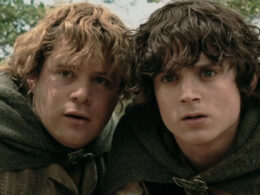 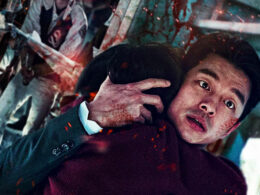 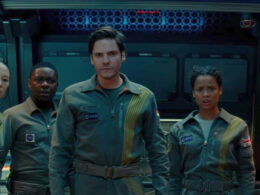